Panasonic Jaguar Racing leaves the Big Apple having added to their total of 21 Championship points with two races remaining in the British team’s debut season.

Two days of all-electric racing on the streets of Brooklyn saw Panasonic Jaguar Racing help make history in the first ever race weekend to take place within the five boroughs of New York City.

With six laps added to the race distance for today’s race, the challenge was on for Jaguar’s driving duo to work closely with their engineers and hit their energy targets while targeting a points finish for the team.

Mitch Evans qualified for race two in P12 and advanced to P9 in the opening laps. However, a technical issue on lap seven forced him intro retirement and ruled him out of the opportunity to compete for the fastest lap and an additional championship point.

Having scored a hard-earned point yesterday, Adam Carroll started today’s race in P18, following contact with the wall on his qualifying lap. The experienced Northern Irishman raced hard to gain seven positions to finish in P11, narrowly missing out on a consecutive points finish from his New York weekend. 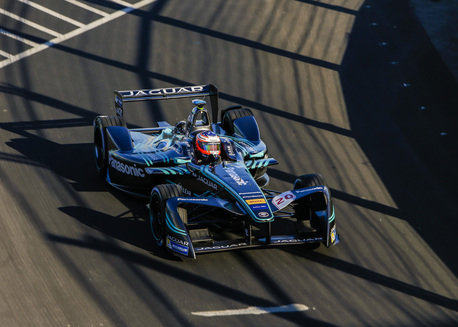 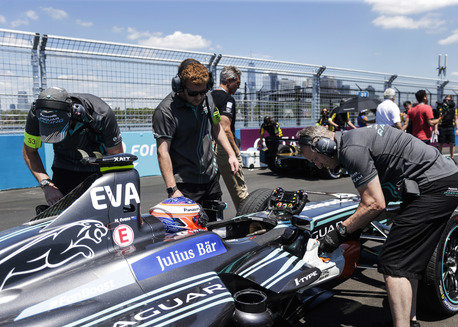 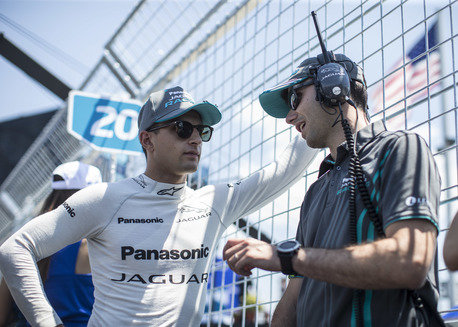 James Barclay, Team Director, Panasonic Jaguar Racing: “We are proud to have made Jaguar’s North American return to racing here in New York City. Racing here has been one of the highlights of our first season. Both Mitch and Adam have been very consistent all weekend.  We had hoped for a bit more from the event and have been unlucky not to come away with more points. We have faced some new challenges this weekend and the learning will be invaluable in making us a stronger team in the future.”

“We look forward to Montreal now and a third consecutive double-header event. The circuit looks very fast and we know that Montreal is a city that loves its racing, so it is a fitting finale to our debut season.”

Adam Carroll, #47: “That was a long but exciting race today. Formula E is such a close series with everyone fighting for every inch of track. The car felt good yesterday so I was looking forward to pushing forward a little more today. I had a difficult qualifying so I started out of position, but we succeeded in hitting our aggressive energy targets and we stayed in the hunt throughout the race and nearly came away with another point. Brooklyn has been a spectacular place for our first US race.”

“From what we have seen on the simulator the Montreal circuit will be a fast race. The finale will be one of the highlights of the season and we’ll have two more chances to wrap up our debut season on a high.”

Mitch Evans, #20: “We had an okay qualifying today. I’ve had consistent one-lap pace all weekend and a couple of tenths more would have put me in the super pole group.”

“It’s disappointing not to have finished both races.  This track suited the Jaguar I-TYPE but we weren’t able to capitalise on that this weekend. With the frantic racing going on around us, Adam has shown that clean racing and patience is rewarded here.  I can’t wait to give it my best in Montreal and finish my first year in Formula E on a high.”

Panasonic Jaguar Racing now travels north to Montreal, Canada for the final two rounds of the season, and the conclusion of the British team’s debut season in the all-electric FIA Formula E Championship.

The double-header season finale marks eight weeks to the start of the 2017 Invictus Games on 23 September, which will be held in Toronto. The Invictus Games use the power of sport to inspire recovery, support rehabilitation and generate a wider understanding of and respect for those who serve their country, and their loved ones.

As founding presenting partner since the inaugural Invictus Games in London 2014, Jaguar Land Rover is committed to building on their legacy of generating employment opportunities for former military service members into civilian careers and providing work placement rehabilitation programmes. More than 500 ill, injured and wounded servicemen and women from 17 allied nations will compete in 12 adapted sports in Toronto.

Panasonic Jaguar Racing will celebrate the third Invictus Games with a unique livery for the Hydro Québec Montreal ePrix. All four Jaguar I-TYPE racecars will carry the “I AM” Invictus Games branding.  The livery will be unveiled at a special event in Toronto on 25 July with Adam Carroll and Mitch Evans in attendance.

Jaguar’s Formula E programme will create tangible R&D benefits for the electrification of future Jaguar Land Rover road cars and is designed around the team’s founding principle, ‘Race to Innovate’.

Manufacturers can design their own powertrain, which includes the motor, transmission, inverter and the rear suspension. Common components across all teams include the carbon fibre chassis and battery to control costs.  The focus is on developing electric vehicle powertrains.

Beyond its all-electric concept, Formula E is also unique in the world of motorsport for its choice of venues. With the exception of the Mexico ePrix, every round of the championship takes place on temporary street circuits in the centre of the world’s major cities.

Each race day sees all track action including practice, qualifying and racing, taking place in a single day. The 2016/17 calendar includes 12 races in nine cities, including double-header races in Berlin, New York and the season finale in Montreal. 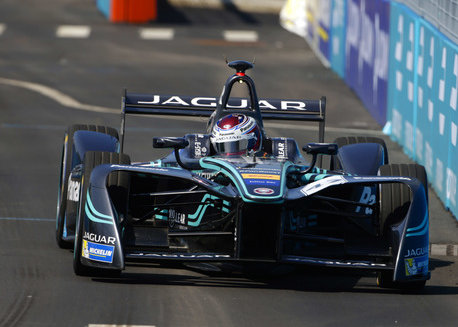