In just over two months, the official support series to the ABB FIA Formula E Championship will return to Diriyah, Saudi Arabia for the double-header season opener on 22 and 23 November 2019.

Following trips to Mexico City, Sanya, Rome, Paris, Berlin and New York City, the historic London docklands circuit will play host to a final weekend of racing with Rounds 9 and 10. The second Jaguar I-PACE eTROPHY Championship will conclude on a unique indoor / outdoor circuit in London. 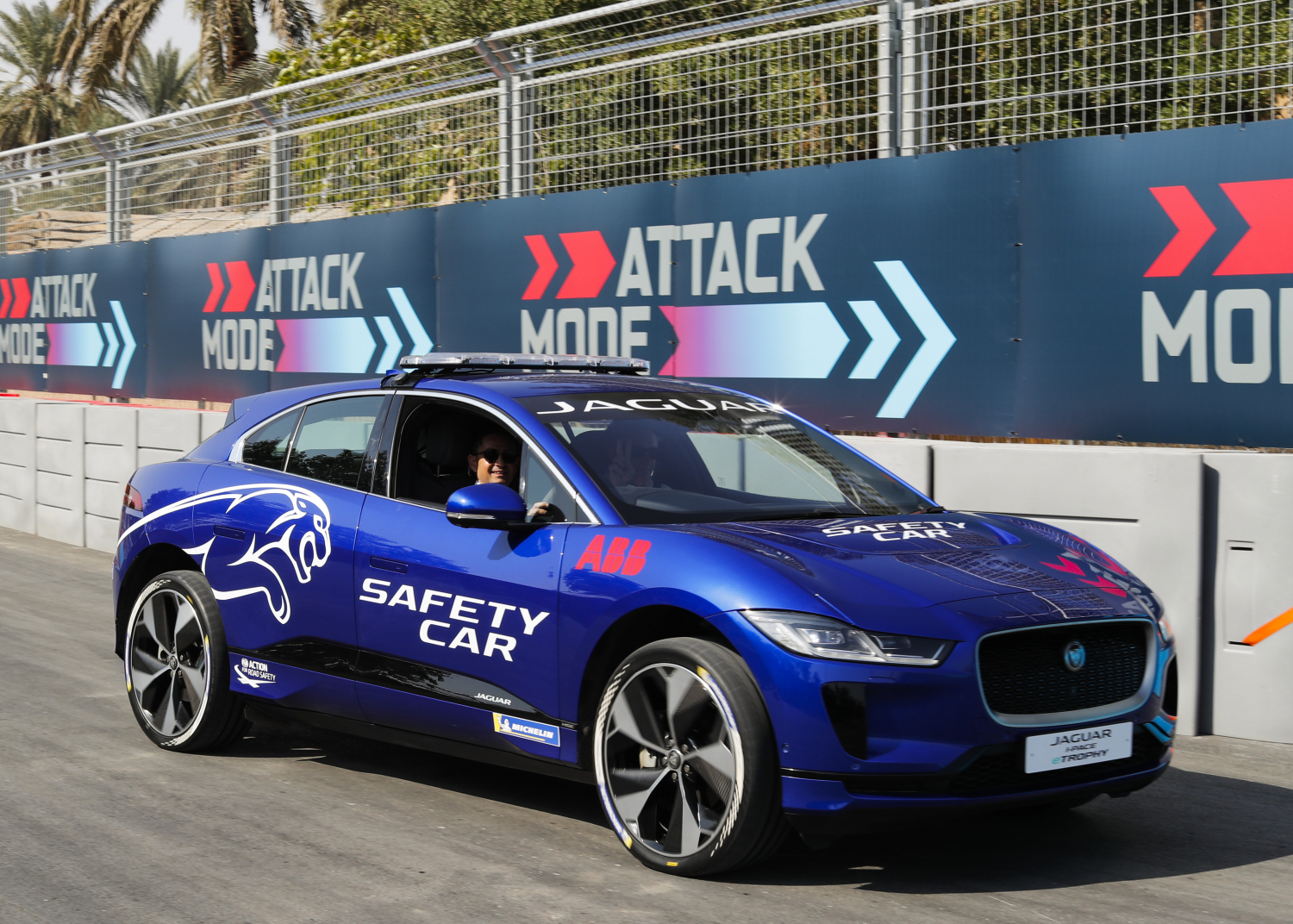 Following the successful introduction of “ATTACK MODE” in Formula E this season, eTROPHY will also benefit from this racing innovation in season two

Following the successful introduction of “ATTACK MODE” in Formula E this season, eTROPHY will also benefit from this racing innovation in season two. With successful trials completed in New York in July, drivers will be able to use a number of “ATTACK MODES” during the races to unleash a power boost and provide even more overtaking opportunities.

It’s exciting to look forward to season two of the Jaguar I-PACE eTROPHY and reveal the exciting locations for our second year. New for season two is the London double-header which is a fantastic opportunity to race the I-PACE eTROPHY twice in front of our home crowds. We are also excited to bring “ATTACK MODE” to the series. It has been a big success in Formula E and I am sure it will also inject even more excitement into eTROPHY.

After becoming the first premium manufacturer to enter the ABB FIA Formula E Championship in 2016, Jaguar created the world’s first production battery electric vehicle race series, the Jaguar I-PACE eTROPHY, which is now entering its second season. The history-making championship is the official support race to the ABB FIA Formula E Championship, with up to 20 cars taking to the grid with a mixture of PRO and PRO-AM drivers. The eTROPHY racecar is based on the award-winning all-electric World Car of the Year and shares the same batteries, motor and invertor as the Jaguar I-PACE.

In its inaugural season the fight for the championship went down to the final race weekend, with Sérgio Jimenez, Jaguar Brazil Racing driver, crowned the first ever Jaguar I-PACE eTROPHY champion. In the PRO-AM class, it was Saudi Racing driver, Bandar Alesayi, who took the title after leading the PRO-AM championship for the whole season. As part of his prize package Sérgio will also drive a Formula E racecar at an official test before the start of the season.

As the countdown to season two of Jaguar I-PACE eTROPHY begins, further sporting and technical developments will be revealed in due course as well as the announcement of team and driver line-ups.

*The calendar is provisional pending the next FIA World Motor Sport Council on October 4.

The history-making championship is the official support race to the ABB FIA Formula E Championship, with up to 20 cars taking to the grid from season five onwards.