The Formula E programme will contribute to Jaguar Land Rover’s Reimagine strategy - a commitment to achieve zero tailpipe emissions by 2036, and net zero status across supply chain, operators, and products by 2039.

The long-term commitment comes ahead of Jaguar Racing’s first race on home soil for 17 years - its first Formula E race in London with Briton Sam Bird leading the drivers’ championship. Jaguar’s all-electric I-TYPE racecars have achieved four victories and 12 podiums in its 59 Formula E races and will continue to be a real-world test bed for developing world-leading technologies while pushing for points, podiums and wins on track. Jaguar Racing will continue its successful long-term technical partnership with Williams Advanced Engineering into the Gen3 era of Formula E. 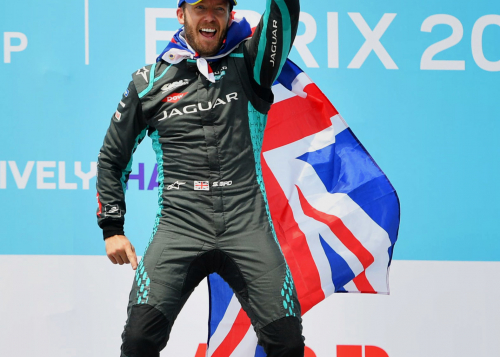 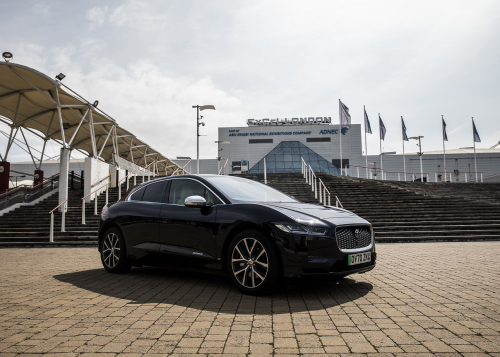 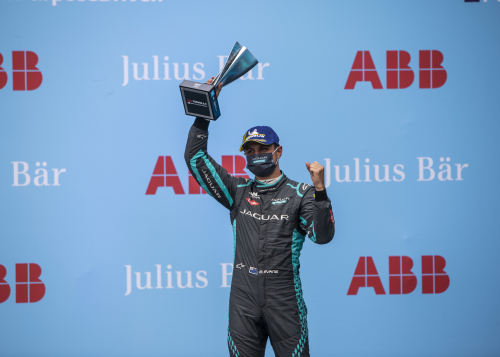 FIA Formula E’s new Gen3 electric race car is due to debut in Season 9 at the end of next year. The lighter, more powerful and efficient Gen3 car will set a new performance benchmark for an all-electric race car. The Gen3 Formula E car will also demonstrate the rapid developments in fast-charging technology for electric vehicles and help deliver more exciting racing in some of the world’s largest cities. The Gen3 car will see power increase to 350kW (currently 250kW) and maximum regenerative braking power will increase from 250kW to 600kW.

The Gen3 era of Formula E is an exciting new chapter for the all-electric World Championship. It is already proving to be the perfect environment to design, collaborate, test and develop new sustainable technologies at pace. Jaguar Racing will not only play a role in the renaissance of Jaguar as a pure-electric luxury brand, but across the entire electrified Jaguar Land Rover ecosystem, helping to deliver our sustainable future and our digital transformation.

Ahead of another important technical milestone for the FIA Formula E World Championship, I salute Jaguar Racing as a premium manufacturer to commit to the next era of the discipline. The Gen3 race car will indeed further establish the principles that have made the championship successful. It is positive to see such a team continue with us on a shared mission to develop electric vehicle technology and promote sustainable mobility.

Jaguar are a key player in the future of luxury electric vehicles. It’s a testament to the shared purpose that one of our earliest supporters, Jaguar Racing, are committing to Gen3 in anticipation of the 2022/23 season. Gen3 brings with it an unparalleled opportunity for a premium manufacturer like Jaguar to showcase innovation from a sporting perspective on the track, technological advancement on our roads and reach a global audience with spectacular city centre racing from around the world. We’re thrilled to have Jaguar Racing joining us on that journey.

About Jaguar Land Rover: Reimagining the future of modern luxury by design

Jaguar Land Rover is reimagining the future of modern luxury by design through its two distinct, British brands.

Our current model range embraces fully electric, plug-in hybrid and mild-hybrid vehicles, as well as the latest diesel and petrol engines. Our class-leading Jaguars and Land Rovers are in demand around the world and in Fiscal 2020/21 we sold 439,588 vehicles in 127 countries. Land Rover is the global leader of luxury SUVs through its three families of Range Rover, Discovery and Defender. Jaguar is the first ever brand to offer a premium all-electric performance SUV, the Jaguar I-PACE.

At heart we are a British company, with two major design and engineering sites, three vehicle manufacturing facilities, an Engine Manufacturing Centre and a Battery Assembly Centre in the UK. We also have vehicle plants in China, Brazil, India, Austria and Slovakia. Three of our seven technology hubs are in the UK – Manchester, Warwick (NAIC) and London – with additional sites in Shannon, Ireland, Portland, USA, Budapest, Hungary and Shanghai, China.

Central to our Reimagine strategy is the electrification of both the Land Rover and Jaguar brands with two clear, distinct personalities. All Jaguar and Land Rover nameplates will be available in pure electric form by the end of the decade. This marks the start of the company’s journey to become a net zero carbon business across its supply chain, products and operations by 2039.

As a wholly owned subsidiary of Tata Motors since 2008, Jaguar Land Rover has unrivalled access to leading global players in technology and sustainability within the wider Tata Group.