Jaguar Racing - the only British manufacturer competing in the ABB FIA Formula E World Championship – start a historic countdown to their first race on ‘home-soil’ in 17 years this week and to celebrate have joined forces with the iconic RAF Falcons parachute display team.

In this unique display of two British greats, the British military parachute display team parachuted meters away as Sam Bird took his Jaguar I-TYPE 5 to the track. Both are leaders in their own fields, with Bird currently sitting top of the drivers’ standings, and the RAF Falcons famous around the globe.

As part of London race week, the team has also launched a bespoke Jaguar Racing helmet AR filter on Instagram to give home fans unique opportunity to become a part of the team for the home E-Prix. Find the filter here: https://www.instagram.com/ar/573227963837195/ 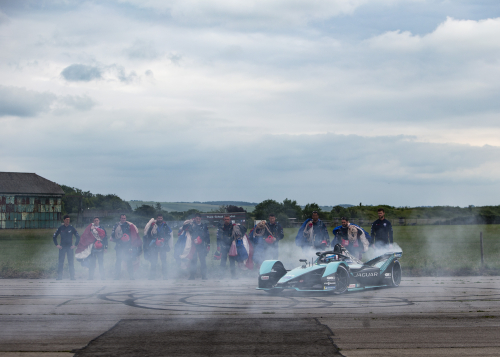 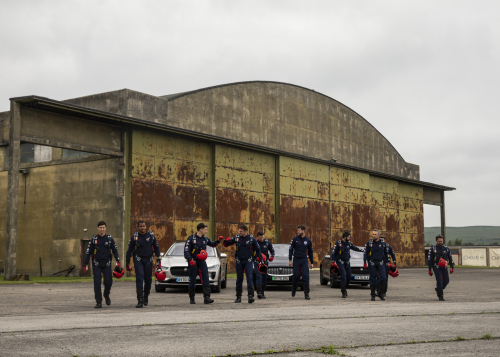 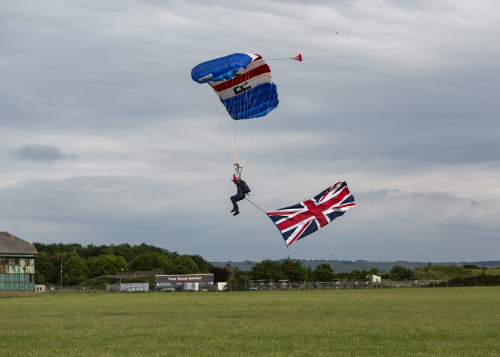 It’s my first full season with Jaguar Racing – and this weekend is definitely one I will always remember. We’re about to race for the first time in 17 years for Jaguar on home soil and to mark the moment with the renowned RAF Falcons was special. It was great to put on a display and to also talk to the team behind the most well-known parachute display team. Hopefully they will let me do a jump with them in the future!

Bringing the RAF Falcons and Jaguar Racing together was a perfect storm of British style, determination and ingenuity. Being able to connect two world renowned British iconic institutions together to share ideas about how to achieve success within highly stressful and dynamic situations was of high value to both parties. In our 60th year we feel privileged and proud to have had the opportunity to display with Jaguar Racing. The RAF Falcons wish Jaguar Racing the best of luck for the upcoming race and we will all be watching on the day. 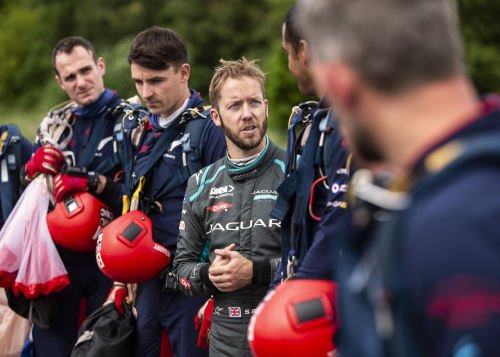 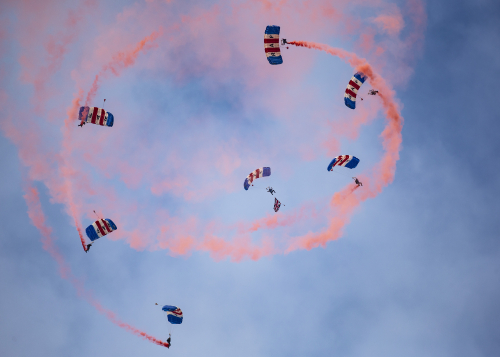 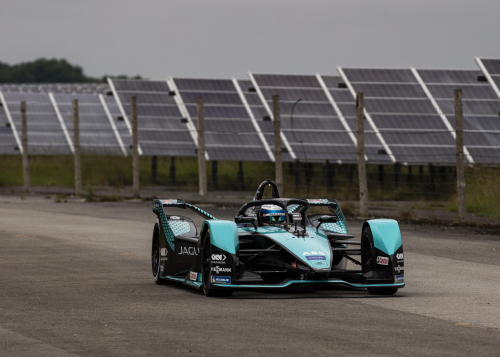 This weekend is the first race for Jaguar Racing on home-soil in 17 years. Watch the lights go green at 15:00 BST on Saturday 24 July with the second race on Sunday 25 July at 14:00 BST.

Formula E remains a key priority for Jaguar Land Rover and the company’s Reimagine journey. As the only all-electric world championship, Formula E allows us to test and develop new electric vehicle technologies in a high-performance environment. It continues to be the test-bed for our Race to Innovate mission that will see Race to Road and Road to Race learnings that will help shape our electric future – a future that Jaguar is passionate about, and dedicated to for the benefit of our society, the changing landscape of mobility, sustainability and our customers