During this episode the drivers share their experience of racing in Saudi Arabia, offer an insight into what it’s like to drive a fully-electric race car - the Jaguar I-PACE eTROPHY and discuss the increase in the number of women working and competing in motorsport and what more can be done.

Watch and listen to episode eight of the ‘RE:CHARGE @ Home’ on YouTube here: https://www.youtube.com/watch?v=qcYTaROlLR8

Also listen and subscribe to the series on Spotify: https://bit.ly/RAHSpotify-EP8 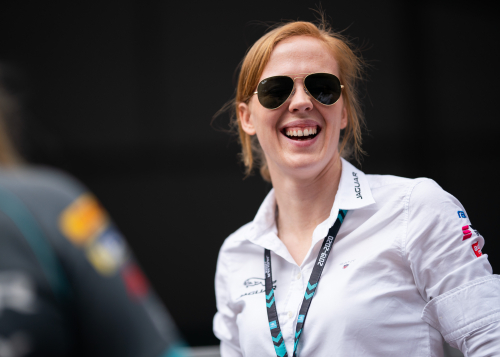 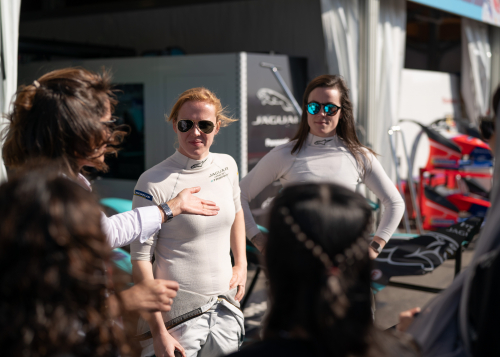 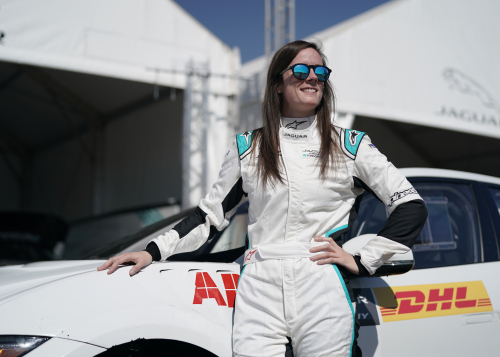 The way that Jaguar have run the series has been truly amazing. The Jaguar I-PACE eTROPHY has really opened my eyes to electric racing. I was the VIP driver in Saudi last year and I’m really happy to be back in the I-PACE eTROPHY this season.

“The opportunities I’ve had from W Series and Jaguar ran racing Team Germany have given me amazing exposure and showcased, to other women, that anything is possible. We can race against all the best drivers in the world and compete against each other, whether you’re a man or a woman. The acceptance of women in motorsport is changing, it’s definitely growing, heading in the right direction and the more women we can see racing in the sport the better.

It was amazing to have the opportunity to drive the Jaguar I-PACE eTROPHY as the VIP Driver in Diriyah. I’ve driven electric road cars before but this was the first time I’d driven an electric racecar and I had so much fun.

“The engagement from the spectators in Saudi Arabia was brilliant, particularly their interest in women in the series. Alice and I were able to finish P1 and P2 in Free Practice which was an amazing opportunity to showcase our talent, as drivers, in Saudi Arabia. We were also able to do a talk to school children with the FIA initiative Girls on Track – the children asked so many questions and their enthusiasm was great. For me, I don’t see the difference between men and women in motorsport but to be a flag bearer for women was something quite special.

The new series, hosted by Amanda Stretton and Vernon Kay, will be a regular, insightful series fans can look forward to with new guests in each episode across Formula E and the Jaguar I-PACE eTROPHY.