Episode six uncovers the importance of James Calado and Ho-Pin Tung’s roles within the Jaguar Racing team, explores the first ABB Formula E Race at Home Challenge and explains how the Jaguar I-PACE eTROPHY acts as a test bed for electrification technology.

Jaguar Racing ambassador, Ho-Pin Tung, also provides an exclusive behind-the-scenes insight into the jaw-dropping Range Rover Sport Dragon Challenge and explains how it was accomplished, from concept through to reality.

Watch and listen to episode six of the ‘RE:CHARGE @ Home’ on YouTube here: https://youtu.be/Z_6tz4cr9V4

Also listen and subscribe to the series on Spotify: https://bit.ly/RechargeEP6Spotify

I’m currently living in the garage, on the simulator, taking part in the ABB Formula E Race at Home Challenge every Saturday. The first official race proved to be a little frustrating as I got wiped out in the first few laps but we all have a real laugh and it’s good fun.
There’s a big difference between the professional sim that we use at our Jaguar Racing team base and the sim that I have at home right now. The sim that I’m using for the Race at Home Challenge provides entertainment and the racing aspect of the sim series is really realistic. Drivers respect each other and the race craft is representative. The simulator we have at the factory is so accurate that it’s difficult to imagine – our team of engineers put everything we do in real life onto the virtual track. Sometimes you feel like you’re in the actual racecar and you know that by the way you react.

Similar to Formula E it’s been amazing to see how the Jaguar I-PACE eTROPHY has progressed in just over one season. It has a great mix of PRO and PRO-AM drivers and we’ve also had a guest VIP driver at every race. Another interesting factor is the development we’ve seen in Formula E and how this has also advanced through to the Jaguar I-PACE eTROPHY, for example ATTACK MODE which has been a great addition. The knowledge we’ve gained on the track with the I-PACE eTROPHY racing cars has meant the Jaguar I-PACE, has received software upgrades which has increased the range by 20km. I’ve seen these technological advancements first hand and it shows this a direct result of race to road. 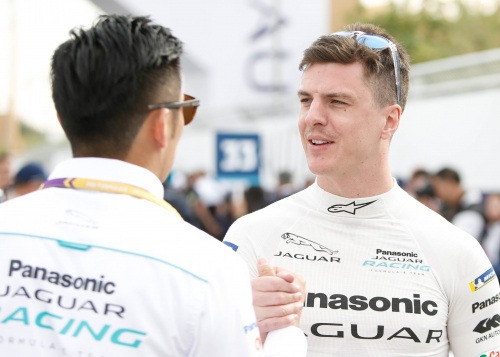 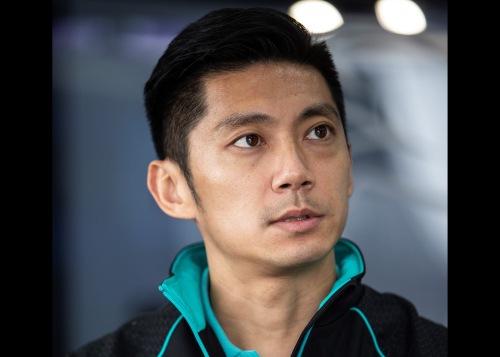 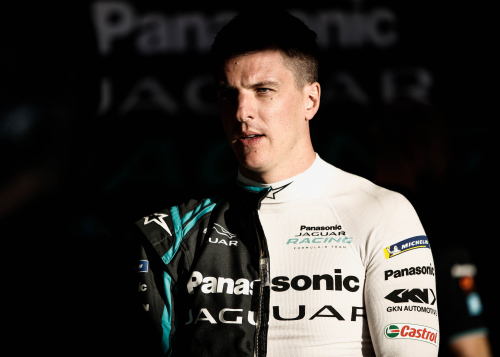 Beyond its all-electric concept, Formula E is unique in the world of motorsport for its choice of venues. The championship takes place on temporary street circuits in the centre of the world’s major cities.