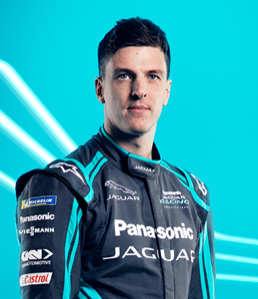 The 30-year-old, who started karting in 1999, has competed against some of the biggest names in motorsports including Formula E champion Jean-Eric Vergne and F1 driver Valtteri Bottas, during his career. He became the 2017 WEC GTE Pro champion and in 2019 took victory in the GTE Pro class at the Le Mans 24 hours.